The Design of Jasper 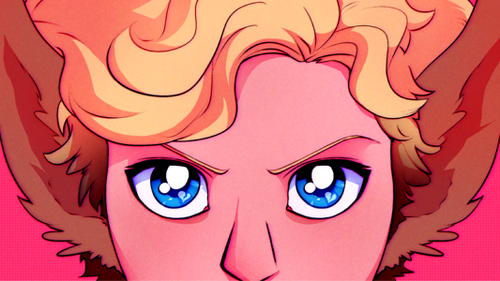 Aah, Jasper. He is the kind of snobby, entitled villain that players love to hate. His design received some pleasant comments from testers, and my grandma thinks he looks cool, so let's explore some of the thoughts behind his appearance!

Jasper was one of the characters that were newly conceived for Invisible Seams, and I started out with a fairly strong emotional inspiration - I wanted an antagonist who is ambitious and shamelessly egotistical, but also petty, and with a level of sass and charisma that makes him entertaining to watch. He is in his early twenties, to match Moth and Caesar, and even though he is a dressmaker like them, he has taken up a much more institutionalized role in the ranks of the Tailors' Guild.

Figuring out Jasper's face and hairstyle was a real struggle! After three sketchbook pages of wild doodles, I started to find a direction that felt right. At this point I was still eager to give him a monocle, but I ended up ditching it as to not clutter his face with too much detail, and to make it less obvious when his sprite was being flipped.

Jasper is a pointy fellow. His fairy ears, along with his top-heavy hairstyle, create a neat upside-down triangle shape. Triangles can signify all kinds of things, depending on context - elegance, power, danger, instability - but they are never comfortable. They demand attention. Compare this to the round, curvy shapes in Moth's hair, which help soften his appearance. In general, hair is a great graphical element to emphasize a character's personality, so make use of it!

Jasper is one of the highest-standing Guild members (as the treasurer, he is essentially the guild president's right hand man) and he is really dang prideful about it. I wanted his attitude to be visible at a glance, which is why he is sporting a fancy neck ruff along with a vest that clearly showcases the guild's emblem, and he is dressed in the organization's signature colours: yellow and blue. The shoulder elements give his outfit an almost militaristic uniform look, and the cape serves to make his silhoutte look bigger and less dainty. He wants to be paid attention to, and he's always happy to brag about his position. 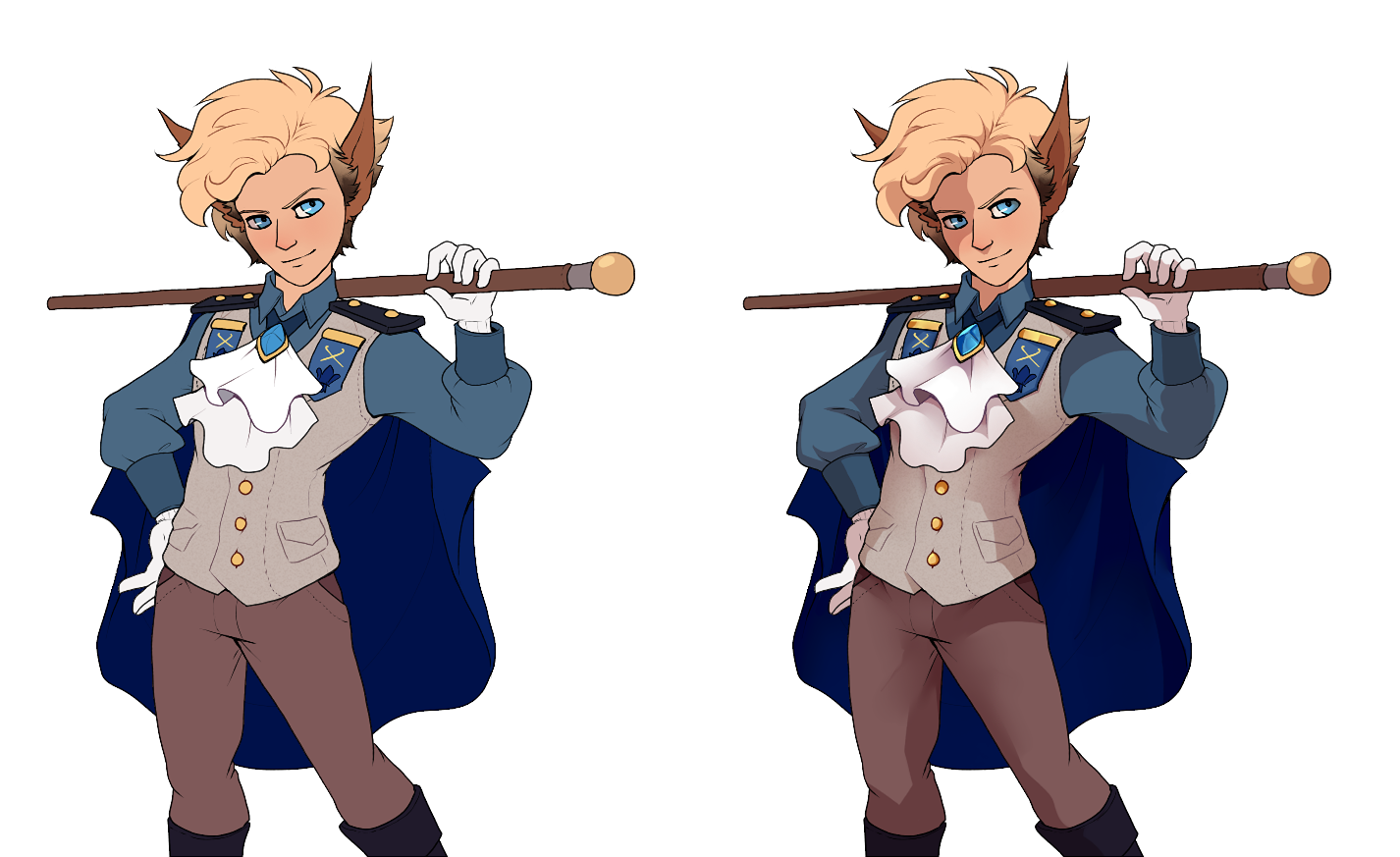 Something that Jasper and Celeste share is that they both wear gloves and carry a staff of sorts, as if they had something to hide and wanted to keep the world at an arm's length. If Jasper were to discard his gloves, you would be able to clearly see the skin markings around his thumbs - which are evidence of him being a very capable user of a Hold Person spell.

A detail that I didn't expect anyone to even notice is the glowing symbol that appears on the back of Jasper's hand when he uses his magic. It's the alchemical symbol for the body (or alternatively, salt)! It also reminded me of the "passage prohibited" traffic sign, so it seemed like a perfect symbol for how Jasper can prevent his victims from moving.

In the next dev log, we will take a closer look at the design process for Caesar! Stay tuned~